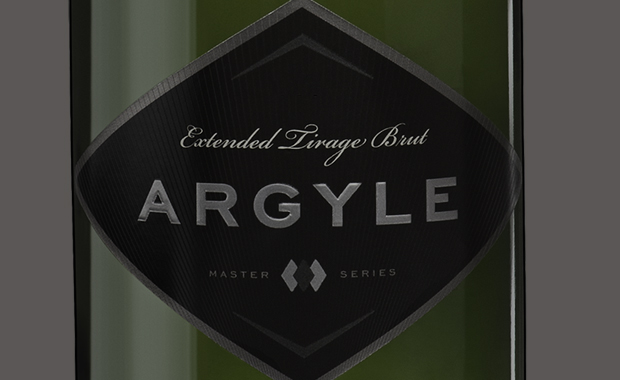 Preserving an admirable level of freshness for this warm vintage, The 2006 Extended Tirage is impressive for its depth and creamy layers of texture due to aging ten years on the lees prior to disgorgement. Juicy white peach, wild honey, and grilled ginger are layered with roasted cashew, brioche and toasty complexity, bringing harmony to a seamlessly persistent finish.

The 2006 vintage was a very comfortable vintage with very little drama. Spring brought plenty of sunshine and heat. This is quite a contrast to 2004 and 2005 poor fruit set vintages. 2006 had the third highest heat units since 1983. Interestingly, 3 of the top 5 highest heat summations of the last 23 growing seasons occurred in this new millennium. Has our transition into the New Millennium led to warmer summers? September brought us a bit of a scare with a week of precipitation accumulation of about 0.6 inches and cool temperatures, but the rain backed off and we saw temperatures in the mid 80 F, with a very desiccating east wind.A most glorious Indian Summer ensued throughout the Northwest USA. Wineries and vineyards were able to spread their operation into a smooth steady pace without the usual threat of inclement weather.

Wine Spectator
Light and expressive, with a wonderful core of pear and quince, persisting against creamy effervescence into a long and precise finish. Has presence, length and remarkable freshness. Drink now. 1,012 cases made.
- Harvey Steiman (2005 vintage)

Wine Enthusiast
Two-thirds Pinot Noir and one-third Chardonnay, this aged a decade in bottle on the yeast, before being disgorged in August 2015. Amazingly fresh, it bursts with subtle, well-integrated flavors of citrus rind, peach, almond and pastry. The length and imposing structure suggest it can age for another decade. Drink now through 2025.
- Paul Gregutt (2005 vintage)

Wine Advocate
Like previous and future instances of this genre at this address, Argyle's 2002 Brut Extended Tirage represents the exact same cuvée as their 2002 Brut, except re-released after enjoying seven additional years sur latte. The effect is of enhanced complexity and sensuality I suspect most tasters will, like me, deem it worth paying slightly more than twice the price of the current vintage brut release. A smoky hint of lees autolysis along with hazelnut and walnut oil piquantly add to the apple, pear, quince, and liquid honeysuckle perfume familiar from younger disgorgements of Argyle Brut, with yeast, vanilla, frangipane and hints of caramel adding a delightful finishing nod in the direction of patisserie. Subtly creamy and infused with an at once caressingly and stimulatingly fine mousse, this retains more than enough primary juiciness to remain (profoundly) refreshing. The adeptly-judged dosage here is ten grams of residual sugar, unsurprisingly a bit less than that with which "the same" wine was outfitted for its maiden voyage. No doubt this can be followed with pleasure for several post-disgorgement years.
- David Schildknecht (2002 vintage)

Wine Spectator
The definition of finesse, with a succulent, complex mouthful of lemon peel, oatmeal and subtle pear and apple flavors that soar through the elegant finish. The fine bead creates an almost creamy feel. Has freshness and a sense of majesty. Drink now. From Oregon.
- Harvey Steiman (2002 vintage)

Wine Advocate
Certainly this wine is fit to be shown alongside, and has a few delicious similarities to, one of Philippe Foreau’s superb reserve cuvees. Less than 48 hours after tasting the 2002 version at the winery, I had the opportunity to buy and taste a bottle of Argyle’s 2001 Brut Extended Tirage at a local restaurant. There is even more of the patisserie-like vanilla, almond paste and frangipane here than in the 2002, along with the same apple, quince, and hint of caramel on a palate at once creamy and (perhaps needless to say!) vivacious. Succulent and sustained, this is a wine to whose blandishments you simply helplessly succumb rather than one of head-scratching intrigue. Enjoy it over the next 12-18 months, I suggest.
- David Schildknecht (2001 vintage)

Robert Parker's Wine Advocate
The 2001 Brut Extended Tirage is a blend of Chardonnay and Pinot Noir, exactly the same wine released in 2004 but with a decade sur lie. The 2001 vintage provided plenty of natural acidity and it shows in this elegant effort. Light gold in color, it displays complex aromas and flavors along with an attractive minerality. Mouth-filling, creamy textured, and long, this pleasure-bent bubbly is meant for drinking over the next 3-4 years.
- Jay Miller (2001 vintage)

Wine Spectator
Refined and elegant, delivering beautifully intense layers of pear, caramel, spice and whole-grain toast that mingle seamlessly as the finish rolls on and on. The length is truly impressive, and the deftness of the balance makes this special.
- Harvey Steiman (2000 vintage)

Robert Parker's Wine Advocate
The 2000 Extended Tirage is made up of 54% Chardonnay and 46% Pinot Noir. Light gold in color, it displays more complex aromas and flavors with an attractive minerality added to the mix. Mouth-filling, creamy textured, and long, this pleasure-bent bubbly is meant for drinking over the next 3-4 years.
- Jay Miller (2000 vintage)